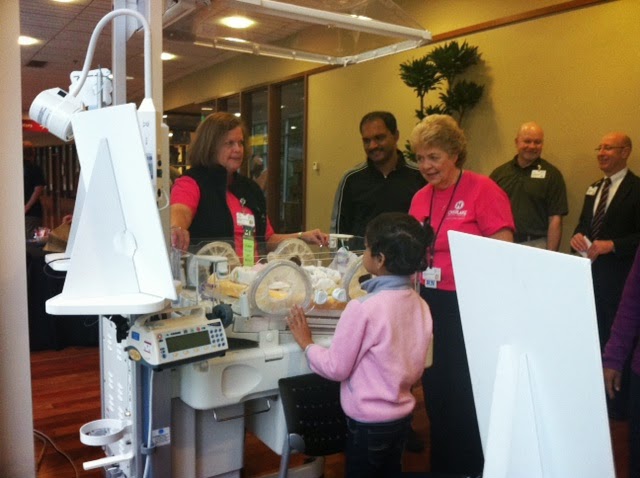 All four Seattle-based television news stations were there to capture Robin, Leif and Madeleine’s unique connection to one another and share the trio’s story. As a result of the coverage for the Mother’s Milk Depot on King 5, KIRO 7, KOMO 4 and Q13 Fox News, the Denver Milk Bank received 26 new inquiries from potential donors last week.  That’s a 225 percent increase over the total number of donors to Overlake’s Depot in the past eight months!

The Keller Group and Overlake Medical Center could not be happier with this outpouring of support from members of the Pacific Northwest community – we’re incredibly thankful local media showed such interest in sharing Robin and Leif’s story and are pleased to announce doing so has inspired many women to explore donating their own breast milk.

Donated breast milk provides life-saving nutrition to premature babies and there is currently a critical shortage of donated human milk. With 60,000 low birth weight infants born every year who need donated breast milk for nourishment to survive, this huge increase in donors is truly life-saving.

Thank you again to Robin and Madeleine for sharing your stories!