Family’s property being taken by the City of SeaTac 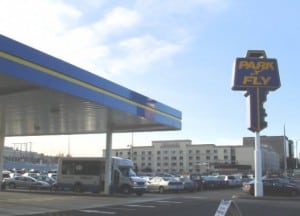 You recognize that spinning key at SeaTac? It’s the signature sign of the Park ‘n Fly business near SeaTac Airport, owned by Doris and James Cassan and it is likely being taken in a condemnation action by the City of SeaTac. 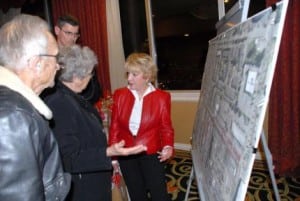 The Cassans have owned the Dollar-A-Day rent-a-car and Park ‘n Fly facility across the street from SeaTac Airport since 1968. Now, despite a development agreement with the City of SeaTac and the fact that the Cassans’ Park ‘n Fly has been a part of the City of SeaTac’s economic foundation for almost half a century, the SeaTac City Council just passed an ordinance directing that the Cassans’ property be taken from them by eminent domain.

Two years ago the Cassan Family entered into a six-year development agreement with the City of SeaTac that provided them with the opportunity to evaluate the redevelopment of this particular property for a broad combination of uses. The Cassans, working closely with the city of SeaTac and in good faith, submitted a formal proposal that included a hotel with a park and fly facility below, but the City of SeaTac has refused to endorse it because they have stated they do not “want a city made entirely of park and flys and parking lots.” Nonetheless, the city council now wants to confiscate the Cassans’ property to, believe it or not, build a public parking garage.

This is the sixth parcel of property in SeaTac owned by the Cassans that has been taken from them by eminent domain in the last four years. On Oct. 8, 2009 the Cassans filed a lawsuit against the City of SeaTac, their latest step in the fight to keep their land.

For a more in-depth look at the Cassans’ battle with the City of SeaTac, read this article by Eric Mathison of The Highline Times.

The Cassans also appeared on the Dori Monson Show on KIRO Radio, click here to listen to the interview.

Finally, check out the TV coverage of the Cassans’ effort to save their property: