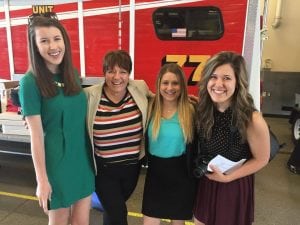 With funding from the Employees Community Fund of Boeing, the Medic One Foundation is working with local fire departments in King and Snohomish counties to bring PulsePoint to additional communities throughout the region. 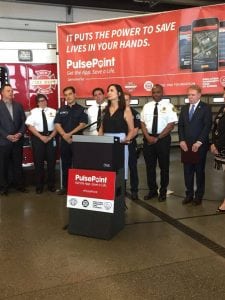 world, thanks to our Medic One system,” said Mayor Ed Murray.  “With PulsePoint, we can boost our sudden cardiac arrest survival rate even higher.”

“When sudden cardiac arrest strikes, each minute without CPR reduces the chance of survival by 7-10 percent, so early bystander CPR and rapid defibrillation from an AED are crucial,” said Seattle Fire Chief Harold Scoggins. “I am proud to join with the Medic One Foundation, the Employees Community Fund of Boeing, and first responders everywhere to urge all citizens to learn CPR, download PulsePoint, and help us save lives. You are a critical link in the chain of survival for sudden cardiac arrest victims.”

The free PulsePoint app is available for iPhone and Android and can be downloaded from the iTunes Store and Google Play. For more information about PulsePoint and CPR training, visit www.mediconefoundation.org.